For Ei, the TSSI is an easy, first step in addressing the prolific micro and nanoplastics infiltrating our soils, waterways, atmosphere, and human-food chain.

For OMG, the TSSI expands the OMG One Less Straw (OLS) Pledge Campaign beyond plastic-straw usage reduction to address straw content and disposition | end-of-life. As participants are required to take the OLS pledge in Step #1, the TSSI serves as a marketing vehicle for the stellar program. 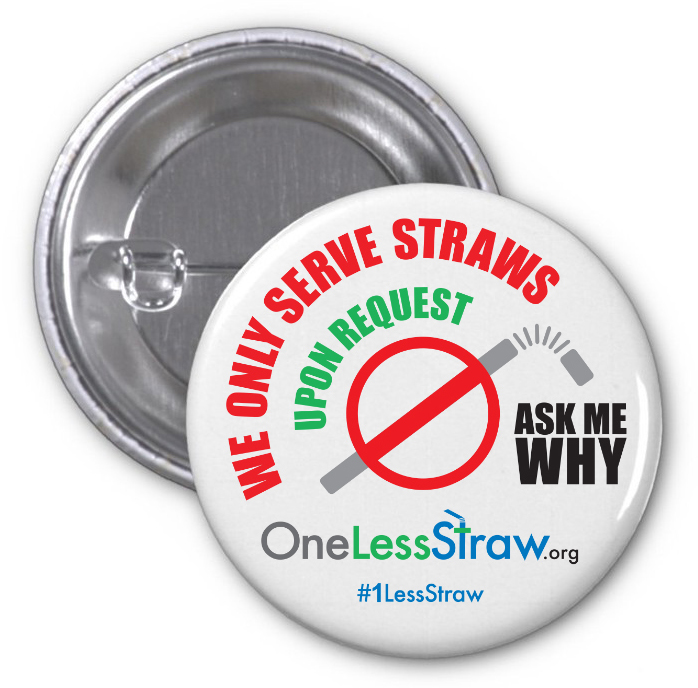 OLS participants may order complimentary “We only serve straws upon request” buttons for servers to wear. To date, OLS has distributed over 47,000 buttons!

IMPRESSIVE: several seasoned OLS participants no longer require the buttons as their customers are well educated on “straws available upon request.” Thus, they gifted their buttons to new nearby OLS participants for reuse!

OLS Partners support the program via discounts available to the commercial and individual-pledge participants.

READ FULL ARTICLE HERE.
Turn your shopping into a force for good.