Right now, the world is teetering on an abyss of sorts. Scientists, in general, are starting to believe that we’re in the middle of an extinction level event; the sort of catastrophe that wiped the dinosaurs off the planet.

What is this traumatic event? What sort of catastrophe are we headed toward at mach-level speeds?

Humanity as a whole is swallowing up its natural resources, destroying them and tarnishing them at a rate too fast for them to replenish. 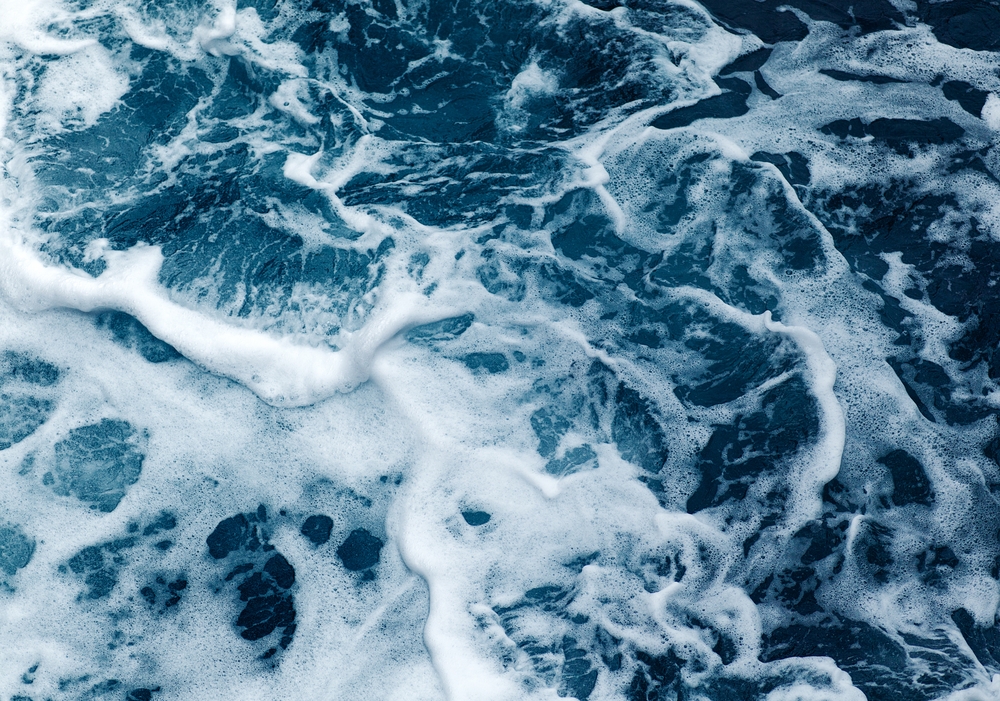 And the resource that’s taking the biggest and baddest beating?

We are tied to the ocean. And when we go back to the sea, whether it is to sail or to watch – we are going back from whence we came.

The waters that cover our globe, that support so much life, are being slowly but surely destroyed.

You’re probably familiar with many of the ways we’re hurting the oceans. We dump plastic into them. Giant companies spill millions of gallons of oil, destroying species and ruining ecosystems. We pour chemicals down the drain which are eventually funneled into the oceans. We don’t purchase seafood in a sustainable manner.

Today, we are going to discuss a lesser known evil – one that we are just as guilty of producing – that’s insidiously, deliberately and continuously wearing down our ocean’s capacity to maintain life.

What Is Ocean Acidification?

You’re probably not familiar with ocean acidification (OA). After all, it’s not something you talk about with your friends around the water cooler. So let’s dive into a bit.

OA is a chemical reaction. That’s the really simple answer.

The more complicated answer is that the ocean absorbs approximately 30% of the carbon dioxide (CO2) in the atmosphere. The more CO2 in the air, the more that’s absorbed by the ocean.

When the ocean absorbs the CO2, a chemical reaction takes place which results in more hydrogen ions, which in turn causes the ocean to become more acidic.

Before we dive headlong into a rather long chemistry laden explanation, let’s dig deep and try to unearth and remember some key terms our high school chemistry teacher desperately tried to hammer into our brains.

pH is a measure of acidity. It ranges from 0 to 14, and the lower the value, the more acidic (and hostile to life) the solution or environment. Make sense? A low pH means more acidic, and things don’t live well in acid.

In the ocean, calcium is also a key element. The mineral, calcium carbonate, is fundamental for to formulate a working shell, skeleton or exoskeleton.

Carbon dioxide is a colorless gas with a density about 50% higher than air, and it occurs naturally in earth’s atmosphere as a trace gas. There are many natural sources of it, like geysers, volcanoes, and hot springs, but over the years, due to industrialization, the amount of CO2 in the environment has skyrocketed. As a result, our atmosphere’s capacity to handle CO2 has taken a beating.

Now that we understand the terms, let’s try to understand what OA is really about.

Since the start of industrialization, we’ve been pumping out CO2 gases at an astounding rate. The atmosphere is able to handle less and less of the these gases, which means that ocean absorbs an ever increasing amount. As the ocean absorbs the CO2, more hydrogen ions are produced, which lowers the pH amount and increases the overall acidity of the oceans.

The rise in acidity, known as OA, normally doesn’t affect large animals. However, it does directly affect calcium carbonate.

Areas where abundant sea life frolicked, mostly because the region was swarming with calcium carbonate, are finding themselves increasingly up against a way. OA is destroying the calcium carbonate, sea life relies upon to produce and maintain their shells.

Now are you beginning to grasp the problem? The more acidic our oceans become, the harder it is for sea life to survive. As sea life dies off, entire ecosystems will begin to collapse, resulting in other ecosystems collapsing. It’s a frightening prospect. 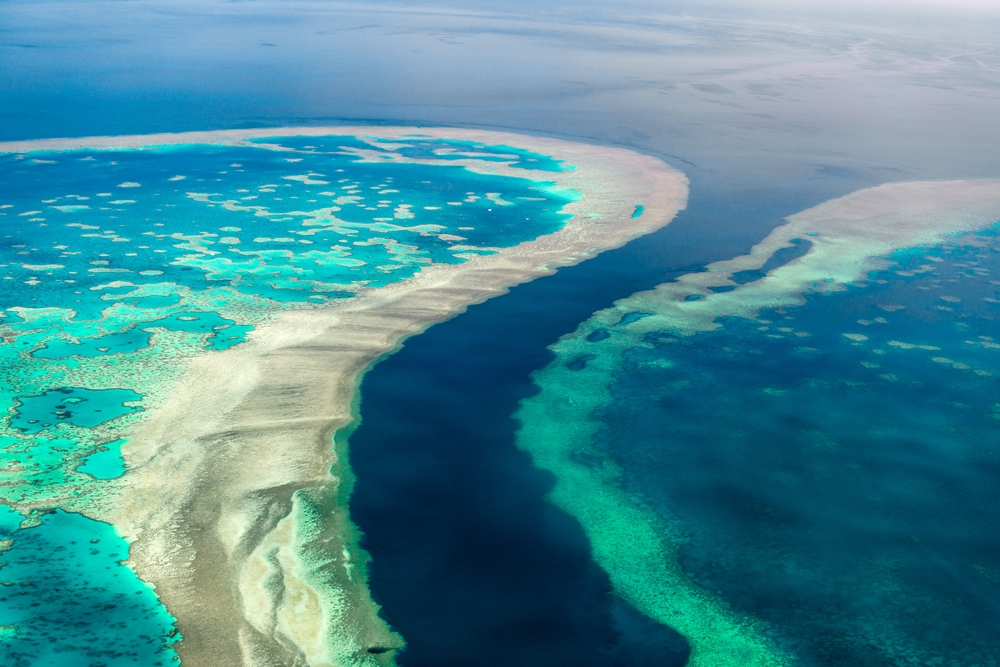 CO2 has always been present in our ecosystem. Everything (animal, mineral or flower) gives off trace amounts of carbon dioxide. For example, a volcano explodes, boom, CO2 is pushed into the atmosphere. We breath out and a lung full of CO2 is thrown into the environment. When a tomato rots, CO2 is released into the atmosphere. Each time something organic decays, huge amounts of CO2 are released into the environment. In other words, CO2 has always been here and isn’t going anywhere. CO2 itself isn’t the problem.

An oversaturation of CO2 – as a naturally occurring event – isn’t anything new either. Ecosystems, on a micro to macro level, have their ups and downs. But, our planet has natural ways to regulate and fix these mishaps. Our rivers do something called bufferingto bring pH levels back to safe levels (more on this below).

Now however, due to man’s destructive nature, our planet’s natural ways of cleaning itself up are no longer cutting it. We are pumping so much C02 into the atmosphere that our planet can’t keep pace. We have started a train that now how so much momentum it’s very difficult to stop. We’ve built a society that depends on burning fossil fuels, and yet this very process is destroying the planet.

As the National Oceanic and Atmospheric Administration notes:

Since the beginning of the Industrial Revolution, the pH of surface ocean water has fallen by 0.1 pH unit… this change represents approximately a 30% increase in acidity.

At least one-quarter of the carbon dioxide released into the atmosphere doesn’t stay in the air. Since the start of the First Industrial Revolution, over 525 billion tons of CO2 have ended up in the ocean.

Our ingenuity has allowed us to make a tremendous amount of progress in a short amount of time. Unfortunately, much of that progress has been at the expense of our environment.

What Is Ocean Buffering?

Buffering is a system’s inherent and natural capacity to find an acidic middle; to find pH balance and equilibrium.

In humans and animals, buffering helps maintain a constant pH in the bloodstream. Various mechanisms help maintain a proper ratio. For example, during exercise, rapid breathing helps compensate for the increased rate at which CO2 is added to our blood.

In the ocean, this pH balance is normally brought into place by:

– Rocks: the overflow and swell of rivers discharging into the ocean bring with them dissolved chemicals and mineral runoffs from rocks. This action helps keep the ocean’s pH in that Goldilocks, just right, phase.

– Photosynthesis: marine fauna, like cyanobacteria, known as blue-green algae, and red algae, not to mention scores of other plants and bacterias, convert CO2 (carbon dioxide) to organic material by reducing this gas to carbohydrates in a rather complex set of reactions.

The problem, however, is that ocean buffering can no longer keep up with the amount of CO2 it must process.

What Are The Effects of Oceanic Acidification? 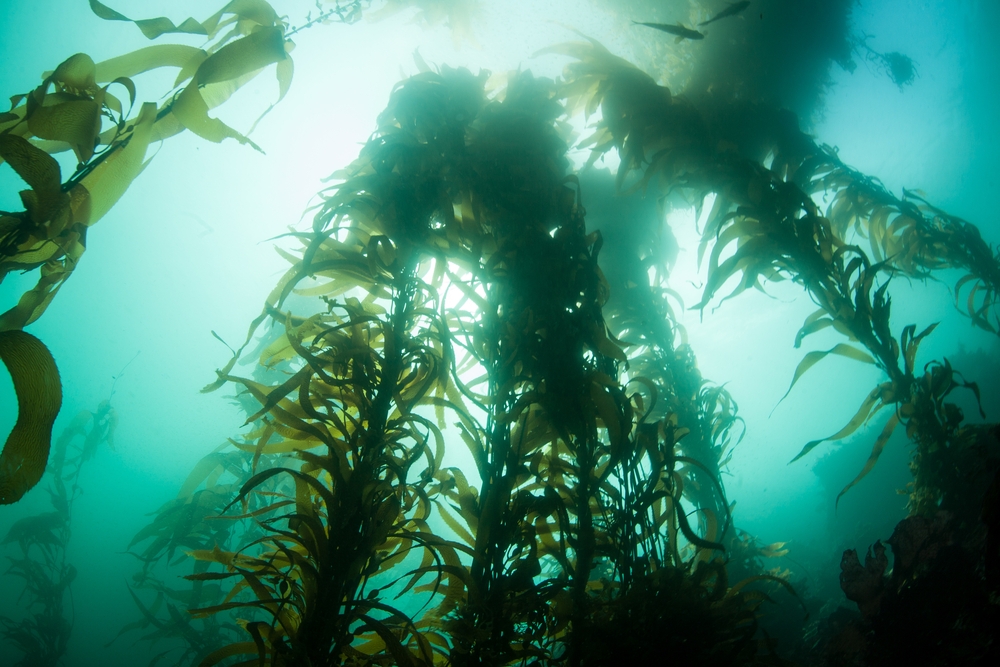 The effects of OA are numerous and frightening. This is just a sampling.

Calcifying species, including but not limited to oysters, clams, sea urchins, plankton, are at risk. In other words, species that rely on calcium carbonate are increasingly threatened as the acid levels rise.

Shallow water corals and deep sea corals, whose structure is based off of calcium carbonate, are in decline. Large portions of reefs, including Australia’s Barrier reef, are receding inward; no longer growing but actually shrinking. Scientist estimate that by the end of the century, coral reefs will erode faster than they can rebuild themselves.

Pteropods, tiny sea creatures the size of a small pea, can no longer maintain their shell integrity and are slowly being wiped off the face of the planet. These “sea butterflies” are the main source of protein for other animals (salmon, krill. whales, etc).

Oyster facilities on the West Coast are failing to reproduce at sustainable levels. CO2 levels in the West Coast mingle dangerously with that region’s low pH waters, which ultimately affects the oyster’s capacity to life in that area.

Today, more than a billion people rely on sea life as way to maintain their livelihood. Whole economies base their infrastructure on fishing. As ecosystems begin to collapse, economies will begin to feel the effects. Industry that rely upon the oceans will become unprofitable, leading to millions of jobs lost.

How Can We Fix OA?

We can’t simply let OA go unchecked, and many people and institutions are working hard to find a fix.

Researchers are discovering that kelp, eelgrass, and other marine vegetations can effectively absorb CO2. As such, there are various pilot programs designed to grow and proliferate these vegetables and mitigate the damaging impact of acidification.

Meanwhile, we can also do our fair bit to steam this problem’s evolution. We can take simple actions like:

There is one thing we can’t do: ignore the problem. We’ve tried that for centuries and it hasn’t worked. Now we must face up to the problem and start taking action.

The sea, the great unifier, is man’s only hope. Now, as never before, the old phrase has a literal meaning: we are all in the same boat.

We indeed are in the same boat. Let’s work to keep the boat afloat.