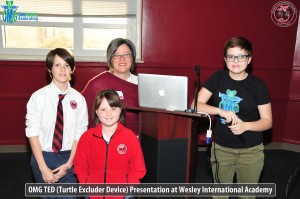 In an effort to continue our awareness about the high number of sea turtles that are dying each year from the shrimping industry, we brought our TED (Turtle Excluder Device) presentation to the students at Wesley International Academy in Atlanta. Suzanne Burns was kind enough to coordinated the visit for us which allowed us to share our efforts to try and save sea turtles from drowning in shrimpers nets. It is estimated that each year over 50,000 sea turtles needlessly die as they get caught up in the shrimp trawl nets and drown.

You see, here’s the Problem; The U.S. government in 20?? Estimated that over 50,000 endangered and threatened sea turtles are needlessly being killed every year by certain shrimp trawl fishing boats in the South Atlantic and Gulf of Mexico. Right now, there is a portion of boats that are not required by the government to use Turtle Excluder Devices (TEDs). This means that sea turtles can drown in these nets since they do not have TEDs! We want to see more efforts by our government to support the development of TEDs designed specifically for these boats. Currently there are some efforts to resolve the issue but their needs to be a significant increase in this field if we are to resolve this problem successfully. 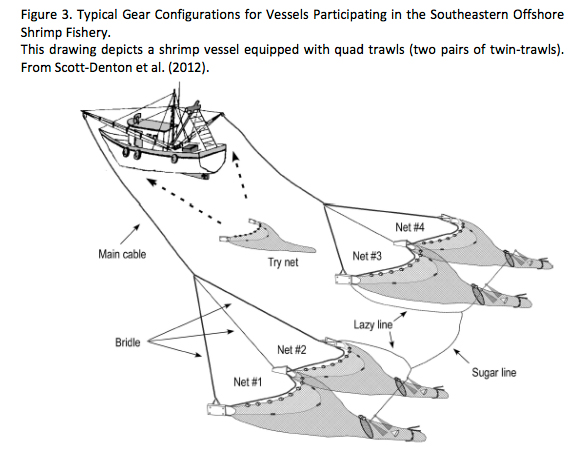 To help prevent the turtles from being captured by these boats, we here at OMG (One More Generation) have joined on with our friends at OCEANA and are reaching out to educators and children across the country in an effort to get students to engage in a letter writing campaign that would bring about real change for endangered and threatened sea turtles in U.S. waters. We hope we can count on your help to get as many letters and pictures to President Obama and Secretary of Commerce Penny Pritzker calling on the government to take action.

You can learn more about the campaign and even share it with schools all across the country. Our goal is to get students around the country to learn about the problem and then to write a letter to President Obama asking him to get government to support the development of TEDs designed specifically for these boats. Carter and Olivia will be going to the White House along with our friends at OCEANA on June 16 which is World Sea Turtle Day to hand deliver all the collected letters. We are accepting letters from now until May 23rd. 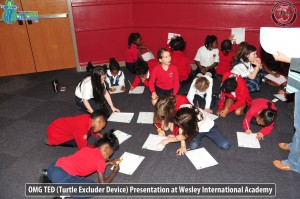 After the presentation, the students spread out and wrote their letters to President Obama 😉

Anyone interested in bring the campaign into their school or community group can contact us (info@onemoregeneration) or download the PowerPoint presentation.  You can also see all the pictures from the event at the following photo album: OMG TED Presentation at Wesley International Academy