Saving Sea Turtles with the help of ‘TED’ and President Obama

Who is TED you say? Well TED is not a person but a nifty device invented to help save sea turtles from getting caught in shrimping nets and drowning.  TED stands for Turtle Excluder Device and it is probably one of the sea turtles best friends in the world. 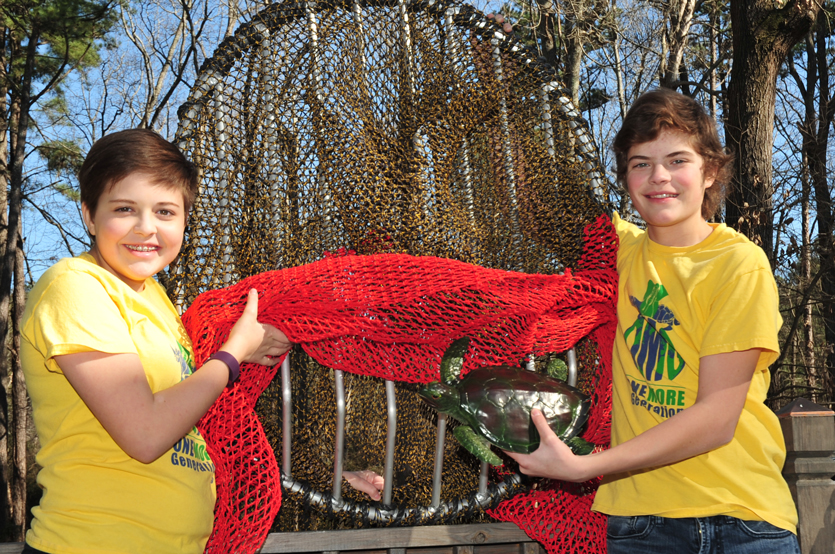 Why are we telling you this story, well because we need your help to save even more sea turtles and here is how we are going to do it.  The first thing we are going to do is to tell (ask) President Obama to save endangered sea turtles in U.S. waters by mandating that TED’s be used on all shrimping boats, regardless of where they fish.  We are doing this by asking everyone to write the President a letter telling him how much you love, and how much we need, sea turtles and sending your letters to us here at OMG or to our friends at OCEANA (see addresses below).

You see, here’s the Problem; The U.S. government allows over 50,000 endangered and threatened sea turtles to be needlessly killed every year by shrimp trawl fishing boats in the South Atlantic and Gulf of Mexico. Right now, not all shrimp boats are required by the government to use Turtle Excluder Devices (TEDs). This means that sea turtles can drown in these nets that do not have TEDs!

To help prevent that from happening, we here at OMG (One More Generation) have joined on with our friends at OCEANA and are reaching out to educators and children across the country in an effort to get students to engage in a letter writing campaign that would bring about real change for endangered and threatened sea turtles in U.S. waters. We hope we can count on your help to get as many letters and pictures to President Obama and Secretary of Commerce Penny Pritzker calling on the government to take action.

The link below is the PowerPoint Presentation in a PDF format so anyone can share with their students.  We also placed the presentation below as a YouTube video so you can share with your classrooms and friends.  Just pause the video during each slide to allow everyone time to learn all the facts on each slide:

This campaign will not only help these majestic animals, but it also provides an opportunity for your students to learn about issues facing the oceans and to use their persuasive writing skills to influence policy.  The links below will allow you to download the template letter and the template coloring page (for our younger changemakers). 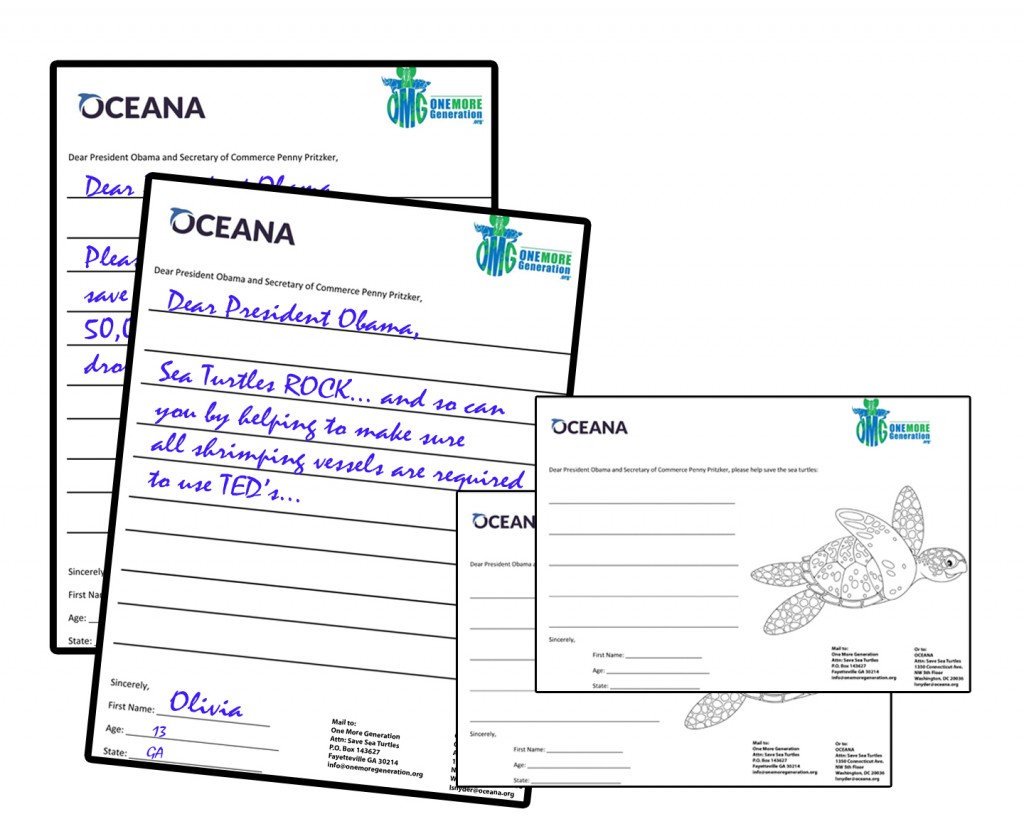 We also have a great ‘one-pager’ fact sheet which you can print out and share with your students: Kids fact sheet

We ask that your students write a letter or draw a picture telling President Obama and Secretary Pritzker why they love sea turtles and think that they should be protected in the Atlantic and Gulf of Mexico. One More Generation and OCEANA will collect these letters and deliver them to the Obama administration on World Sea Turtle Day (June 16, 2016). Please send your letters no later than May 23, 2016 to either of the addresses listed below. Letters may be mailed or even scanned and emailed to the following addresses:

We need you and your students help to make this push successful and improve an important fishery. Well-managed fisheries have the ability to provide inexpensive, healthy and plentiful protein for the world’s growing population. However, as long as non-target species like sea turtles are caught and killed indiscriminately, U.S. fisheries will flounder. Reducing bycatch is a crucial step in rebuilding ocean biodiversity and increasing abundance of the fishes upon which humanity must rely.

Another cool thing about TED’s are that they also help reduce the amount of bycatch of larger (non targeted) fish as well as sharks and rays.  Did you know that the southeast shrimp trawl fishery discards a staggering 229 million pounds of finfish bycatch each year? 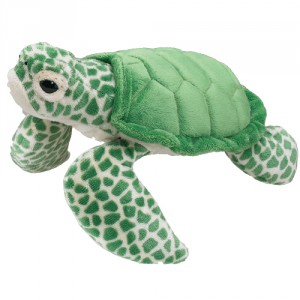 Also, if you are interested in adopting a sea turtle, why not visit our friends at Defenders of Wildlife and choose from one of their various adoption levels.  It is a great way to help the species.  Your adoption supports their work to protect vital coastal nesting habitat for sea turtles, educate coastal homeowners about their impacts on sea turtles, and work in the courts to defend and enforce the laws that protect sea turtles.

Thank you for your time and assistance in this effort. Please feel free to contact me at info@onemoregeneration.org with any questions or requests for more information.

For the oceans, for our sea turtles 😉