WOW… or should I say OMG?  What a fantastic year 2010 has been for One More Generation.  We started by being a mere concept devised by two amazing kids who have the passion of 10 adults.  Fueled by a desire to make a difference and to try and save endangered species around the world.  Along the way, we met some amazing people and made some friendships which are sure to last a lifetime.

We began with the hopes we could save Cheetah’s from someday becoming extinct, to an organization which is now directly involved in helping dozens of endangered species around the world and the number keeps growing.  We started with the naive assumption that raising awareness to the issue facing a few species would be enough, to an organization which now realizes that caring for the environment must go hand in hand with trying to save endangered species.

Our founders are constantly growing as individuals as they begin to grasp the various issues they get involved in.  Each path they start down leads to other opportunities which can not be ignored.  Their passion is even stronger today than what it was when they decided to “Just Get Up and Do-Something.”

As we started creating our game plan, we found ourselves fighting for species and issues we initially never even considered.  We started with Cheetah’s, which lead to opportunities to help raise awareness about all sorts of endangered species, which lead to the desire to want to get kids involved around the world and to make sure they grow up caring for our environment and for all living things. 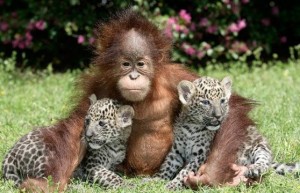 Our goals for the future are basically the same as when we started, with the exception that we now focus attention to our environment as well, and with good reason.  Plastic is the number one pollutant in our oceans today and unless we make an effort to help reduce the amount of plastic we consume, we are basically spinning our wheels as we try to save endangered Sea Turtles and other species.  The high levels of carbon in our atmosphere is effecting the pH levels in the oceans which is raising the level of acid, which in-turn is effecting everything from our coral reefs, to shell fish and countless other species who live in that environment.

2011 will be a great year for us.  We plan on launching a Plastic Bag Ban initiative in our community (and hopefully in our state), we will continue to seek congressional support for such initiatives as the Ocean Acidification Act (HR-14), we plan on partnering with several organizations in an effort to create National and eventually Global Programs which will challenge and engage kids and adults to be part of the solution. 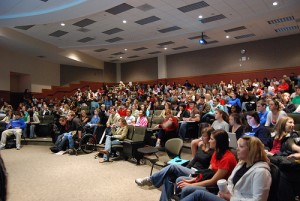 We will seek out every opportunity to speak with the press on a global bases in an effort to spread the word about endangered  species and about the issues facing our environment.  Carter and Olivia are also working on making presentations to key organizations and committees in an effort to bring the focus of our environment and of all God’s creatures back to the forefront in our homes, our churches, and our schools.

We have had an amazing year and none of our accomplishments could have happened without the support of the many individuals who graciously reached out to help us along the way.  We want to thank everyone for believing in our mission and for allowing us to be part of your lives.  We hope we still portrait the type of organization you all hoped we would be and that you will continue to share your thoughts with us regarding our performance.

We are not in this for ourselves, we are in it because we see the passion of so many folks who are also out there fighting to make a difference.  We want to be the solution, and together with your help, we will be.  Our founders wrote our Mission Statement by themselves, and with the exception of now also focusing on the environment, our statement has not changed.  We are here to make a difference, and with everyones support, we will succeed.

Thanks for an amazing year in 2010 and we sincerely look forward to an incredible year in 2011. 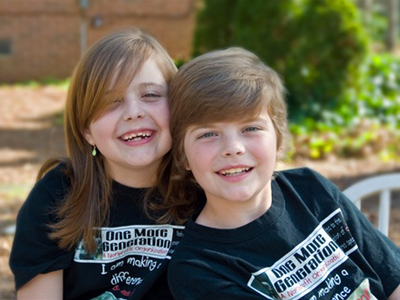