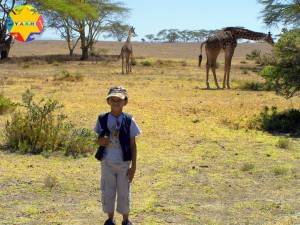 About: Luca Berardi, a 12-year-old recording artist, was born in Italy and has so far lived in 4 different countries (Italy, Romania, Thailand and Kenya). Has a great passion for music and acting. He first went on stage at only 4 years old in a school production, taking lead role. Holds a grade 3 Musical Theatre Certificate from the London College of Music with a distinction.  Founder Young Animal Rescue Heroes (Yarh) that creates awareness for endangered wildlife and environmental conservation

Acting, Theatre, Film And Television
Current – Co- Host children programme ‘Big Minds’ KBC TV Kenya, airing Saturdays 9.30am Performed one of the songs he composed at a child finance summit at the UN headquarters in New York (May 2014)

Acting: in the children’s programme ‘Playhouse’ airing every Saturday morning on CitizenTV (Kenya)
For the past 3 years he has been taking lead roles in yearly school productions.
He was a soloist in the first Kenyan opera production ‘Ondieki the Fisherman’